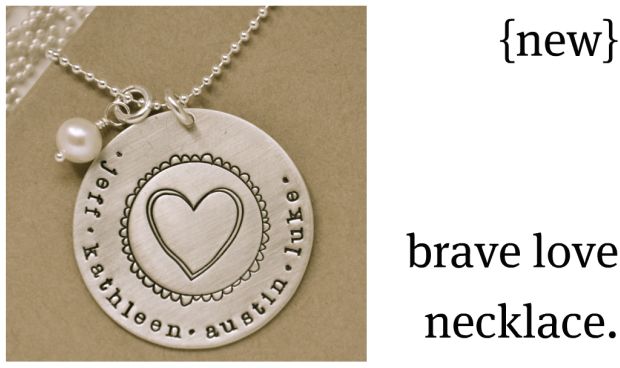 we are giving away 5 brave love necklaces.

**who is the bravest person you know?**

make sure to leave a comment for each entry.